“Tobacco-related illnesses cost the Armenian economy AMD 273.1 billion every year, equivalent to 4.2% of GDP each year. They are also responsible for approximately 5,500 deaths in Armenia annually,” says the new report jointly developed by the RA Ministry of Health, UNDP, the Secretariat of the Framework Convention on Tobacco Control and WHO, and funded by the Government of the United Kingdom.

On 1 November 2021, the report was officially launched in Armenia with participation of Shombi Sharp, UN Resident Coordinator in Armenia, Anahit Avanesyan, RA Minister of Health, John Gallagher, UK Ambassador to Armenia, Natia Natsvlishvili, UNDP Resident Representative in Armenia, Dr. Adriana Blanco Marquizo, Head of the Secretariat of the WHO FCTC, and Oleg Storozhenko, WHO Special Representative, Country Office in Armenia.

The FCTC Investment Case finds that tobacco use undermines economic growth in Armenia and impedes the country’s efforts to increase efficiency in the health and economic sector.

“Our modelling shows that effective tobacco control in Armenia will not only save thousands of precious lives, but also significantly increase overall economic growth, leading to higher tax revenues that can be invested in better health and education. We therefore congratulate the National Assembly of Armenia for winning the 2021 UN Award for the Prevention and Control of Noncommunicable Diseases following the new 2020 Law on the Reduction and Prevention of the Damage Caused by the Use of Tobacco. And now in the time of pandemic, with tobacco use one of the most devastating underlying factors of COVID-19 mortality, it is more important than ever!” said Shombi Sharp, UN Resident Coordinator in Armenia.

“In Armenia, over a quarter of the population (28 percent) aged 18 to 69 currently use some form of tobacco. Tobacco control is one of the priority areas for the Ministry of Health of Armenia and we highly appreciate the support of the international partners in this field. Armenia Tobacco Control Investment Case analyzed the health and economic costs of tobacco use, as well as the potential benefits of strengthening tobacco control in Armenia. The investment program is a tool for the ministries in there initiatives towards prevention and fighting against adverse effects of tobacco products and tobacco substitutes,” said Anahit Avanesyan, RA Minister of Health.

“The United Kingdom is pleased to support this important project to assist the Government of Armenia in implementing tobacco control measures. The COVID-19 pandemic makes Armenia’s commitment to smoke-free indoor spaces more important than ever. I am confident that the Government of Armenia will make the most of the FCTC 2030 project as part of its active efforts to protect and promote public health and sustainable development for the Armenian people,” said John Gallagher, UK Ambassador to Armenia.

“UNDP is a proud partner in the FCTC 2030 project. As an organization dedicated to sustainable development, we are committed to tobacco control because we recognize its critical role in protecting health and socio-economic well-being. The effects of the tobacco epidemic extend across the 2030 Agenda for Sustainable Development as it exacerbates inequalities, deepens poverty and slows economic growth,” said Natia Natsvlishvili, UNDP Resident Representative in Armenia.

Implementing the WHO Framework Convention on Tobacco Control represents one of the most cost-effective means for improving people’s lives and advancing sustainable development.

“FCTC Investment case analysis will generate strong evidence on magnitude of direct and indirect health and economic burden of tobacco in the country, and hopefully will contribute for stronger tobacco control measures that will protect the Armenian population from tobacco-related harm,” said Oleg Storozhenko, WHO Special Representative, Country Office in Armenia.

Tobacco use is associated with more severe COVID-19 disease. Addressing tobacco and COVID-19 together can reduce the health and economic burdens of both.

Investing in these seven tobacco control measures over 15 years can avert AMD 246.4 billion in healthcare expenditures, with 13% accruing to the Government, 84% to individual citizens who would have made out-of-pocket payments, and the remaining 3% to private insurance and other sources of healthcare expenditures.

Increasing tobacco taxes in Armenia would reduce the affordability of tobacco products, decrease consumption, reduce the burden of tobacco-related diseases, and increase revenue. Additionally, the total economic benefit resulting from reduced tobacco consumption over the next 15 years is equivalent to 4.1 percent of annual GDP of Armenia.

Findings on the annual burden of Tobacco in Armenia:

Annually, more than 5,500 deaths result from tobacco-related illness, accounting for nearly 20% of all deaths in the country. These deaths include about 2,255 deaths from ischemic heart disease, 906 deaths from lung cancer, and more than 500 deaths each from chronic obstructive pulmonary disease and lower respiratory infections.

The economic losses from tobacco nearly reached the forecasted economic contraction in Armenia due to COVID-19 (4.5% in 2020[1]) – every year.

Of the total burden (AMD 273.1 billion) due to tobacco, 28% attributes to healthcare expenditures (AMD 75.8 billion), while 72% (AMD 197.3 billion) to lost productivity from people exiting the workforce prematurely due to death or disability and taking smoke breaks at work.

Investing in seven tobacco control measures over 15 years would prevent more than 23,000 deaths and reduce premature mortality (under 70) by one-third of non-communicable diseases.

Fully scaling the seven tobacco control measure would prevent more than 23,200 deaths and avert AMD 889.1 billion in healthcare cost and economic losses by 2034.

For every Armenian dram invested in seven tobacco-control measures, Armenia would receive AMD 38 in averted costs and economic losses by 2024 and AMD 86 by 2034. Increasing cigarette taxes and banning tobacco advertising, promotion and sponsorship are projected to produce the greatest returns by 2034.

[1] 4.2% of GDP burden due to NCDs, and 4.5% GDP contraction forecasted due to COVID-19 according to the International Monetary Fund, Real GDP growth, IMF Data Mapper. 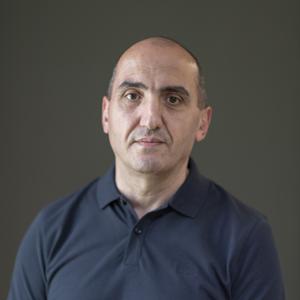