United Nations thanks Armenia for its contribution to peacekeeping

The message of the Under-Secretary-General for Peace Operations, Jean-Pierre Lacroix.

Under-Secretary-General for Peace Operations, Jean-Pierre Lacroix, expressed his thanks for Armenia’s strong support to United Nations Peacekeeping and for the service and sacrifice of its military and police personnel deployed under the UN flag.

Of the 193 UN Member States, Armenia is currently the 79th largest contributor of uniformed personnel to UN peace operations, with 32 peacekeepers, including three women, serving in the UN Interim Force in Lebanon (UNIFIL).

The first Armenian peacekeeper deployed to UNIFIL in February 2012. Armenia has been a constant contributor to the mission since November 2014, when its first contingent of 33 military personnel arrived in Lebanon.

“Armenian men and women have served in complex UN peacekeeping environments and have demonstrated a high-level of professionalism and dedication. We are deeply grateful for their contribution to lasting peace and security,” said Mr. Lacroix. 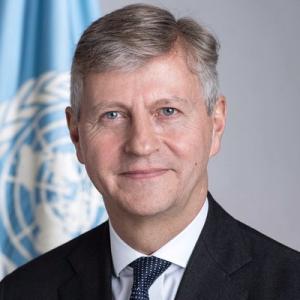