With the financial support of the European Union and in coordination with the RA Ministry of Education, Science, Culture and Sports, the Ministry of Territorial Administration and Infrastructure regional authorities and other partners, UNICEF opened three new preschool services in Hartashen, Karashen and Khoznavar communities of Syunik. Children living in these three settlements have never had the opportunity to get early childhood education because the communities did not have a preschool, just like other children living in a number of other small rural settlements across Armenia.

“Only 16 percent of 3–6-year-old children living in rural areas attend preschool in Armenia. Research shows that early learning is crucial for a child's future. It contributes to children's future academic success, providing them with the opportunity to reach their full potential in the future,” said Silvia Mestroni, UNICEF Deputy Representative in Armenia. “Everyone benefits from early learning, including children, parents, the society and subsequently, the state. It has been proven that for every dollar invested in early childhood education, there is a return on investment of 6 to 17 US dollars.”

In these three communities, over 123 children aged 0-6 will now be able to benefit from this crucial service before they start school. Based on UNICEF’s alternative model of preschool services, these centers are cost-effective, allowing small communities to cover maintenance costs to ensure sustainability (more about the alternative model here).

“Not having a pre-school was one of the most pressing issues for Hartashen residents. I am delighted that from now on, 19 children of ages 3-6, are able to attend kindergarten in their own community, without having to commute long distances to get to Goris for early learning, especially in winter. With small steps, we are creating a better environment for our children, an environment full of colours, where they can learn and thrive. At the end of the day, this is vital for a bordering community like ours,” noted Irina Yolyan, Deputy Mayor of Goris.

“Today is indeed a big day in two settlements of Tegh community, Karashen and Khoznavar. Finally, we have preschool centres in these settlements, where 21 children from Karashen and 24 from Khoznavar can attend, play, read and learn. Taking the opportunity, I would also like to inform that the German Embassy has supported us in establishing Khoznavar Elementary School. On behalf of all the residents of the community, I would like to express gratitude to all the organizations and people who have a role to play in this good and powerful cause,” said Davit Ghulunts, Head of Tegh community.

Within the framework of the Future Today project, funded by the European Union, UNICEF partnered with the Step-by-Step Foundation to renovate and refurbish the allocated rooms and bathrooms, providing the new centers with educational materials, toys, books and games. Solar panels were also installed to reduce heating and, consequently, maintenance costs. Within the framework of the program, trainings were organized for caregivers who can take on the role of preschool teacher, providing them with new methodologies of working with young children, especially in mixed age groups.

“In the first five years, children’s brains grow at an unprecedented rate, and the child’s future depends on how much they are able to learn from their parents and teachers and in what kind of environment in the first years of life,” noted Marine Mkrtchyan, Director of the Step by Step Foundation. “Through training and mentoring visits, caregivers have learned to organize the learning process based on child-centered learning approaches, enabling environments, where each child can freely realise his/her full potential. At the same time, due attention will be also paid to group games and organization of practical work.”

“Together with the Ministry of Education and other partners, UNICEF piloted the alternative model of preschool services in 2015, establishing centers in 16 rural communities. By the end of 2023, with the financial support of the European Union, new centers will be established in 25 other rural communities, contributing to progress towards the national goal of 70 percent enrollment in preschool and thereby reducing the gap between preschool enrollment in rural areas and the rest of the country,” added Silvia Mestroni.

In addition, with the support of the Armenian community of Argentina and Hayastan All Armenian Fund, UNICEF is working to renovate and refurbish Goris kindergarten #5 so that children have a safe environment to learn in. As a result of the renovation, the community will be able to enroll more children in the kindergarten. 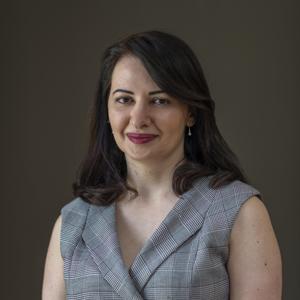