This year we celebrated the International Girl Child Day in Khachik village together with the village girls' football team, village residents, and the Ministry of Labor and Social Affairs of the Republic of Armenia, the EU Delegation to Armenia, the UN Resident Coordinator in Armenia, the UN Population Fund, the local self-government bodies of Vayots Dzor region, Areni community, Khachik.

Tsovinar Harutyunyan, UNFPA Armenia Head of Office, who hosted the event, thanked all those present, especially their colleagues, for celebrating this important day together in Khachik.

"Today, girls break stereotypes, overcome many problems, acting as leaders and innovators. Yes, each of us, in our turn, must create even more opportunities for the voice of girls to be more than audible in the decision-making process, using their participation in various spheres of public life - culture, sports, economy, as well as politics", Narek Mkrtchyan, RA Minister of Labor and Social Affairs mentioned in his opening speech.

H.E. Andrea Wiktorin, Ambassador of the European Union to the Republic of Armenia, Head of Delegation, addressing the girls, said:

"You are the new generation ... One day you will start a family; you will become mothers ... I want to see that you have the same opportunities as boys, that you grow up happy, spread the idea that women are importnant, and that we can, together with men, build our future. I wish you a wonderful day. You represent all the girls of Armenia, and together we are strong.”

Shombi Sharp, the UN Resident Coordinator in Armenia spoke about the importance of supporting girls.

"This day is about ensuring that girls and women fully realize their rights, their potential, from which everyone will benefit, both boys and girls."

The UN Resident Coordinator noted that Armenia has serious achievements here, for example, the participation of women and girls in the IT sphere, the representation of women in the National Assembly is higher than the world average. But there is still a lot to do.

The Governor of Vayots Dzor Ararat Grigoryan congratulated those present on this important day.

"It is necessary to create more favorable conditions for the development of our daughter children and to live a prosperous life. The celebration of the day also reflects the development of girls և young women և progress in areas such as politics, programming, research, football ... ”, he stated.

The head of Areni community Husik Sahakyan expressed a wish that the celebration should be continuous, he suggested organizing it next year with the participation of the whole Areni community.

The events started with the presentation of the book "50 Women Who Changed the World", which was conducted by the authors Hasmik Simonyan and Armine Danielyan. The book tells the story of 50 women with extraordinary biographies - inventors, travelers, diplomats, scientists and artists. The heroes of the book are both foreign and local; for example, the world's first female ambassador Diana Abgar, Iranian-Armenian sculptor Lilit Teryan, one of the pioneers of astronomy in Mexico Paris Pishmish-Sukiasyan.

The presentation was followed by a fun, interactive guitar-quiz conducted by the Theater for Change, dedicated to the International Girl Child Day, during which the winners received prize packages, including the book "50 Women Who Changed the World".

Then, the girls' football team of Khachik held a demonstration game, which was also attended by Shombi Sharp, the UN Resident Coordinator. The girls of the team received uniforms, sports bags and balls with accessories from a project funded by the European Union and implemented by UNFPA Armenia.

Khachik is a border village in Vayots Dzor region, bordering Nakhichevan on three sides. The height of the village, about 1800 meters above sea level, has contributed to the fact that everything growing here has a special taste. So, if you want to eat the most delicious walnut, grape or apple in the world, come to Khachik.

* The event was conducted within the framework of the "Addressing Gender-Biased Sex Selection and Related Harmful Practices in the South Caucasus: Support to Regional, National and South-South Interventions" project implemented by UNFPA and funded by the European Union. 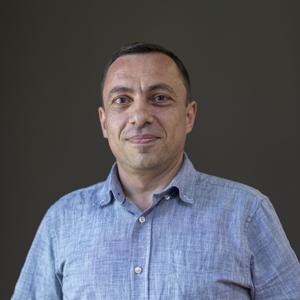