“Significant progress has been made over the past few years, but governments must do more to close the legal and policy gaps that continue to leave millions of people stateless or allow children to be born into statelessness,” said UN High Commissioner for Refugees, Filippo Grandi.

Statelessness, or the situation of not being recognized as a citizen by any country, affects millions of people around the world. Stateless people cannot often access the most basic of rights, including being able to go to school, work legally, access health services, marry, or register the birth of a child.

Since UNHCR launched its #IBelong campaign in 2014 to raise attention and advocate for an end to global statelessness, more than 400,000 stateless people in 27 countries have acquired nationality, while tens of thousands of people across Asia, Europe, Africa and the Americas now have a pathway to citizenship as a result of newly enacted legislative changes.

Over the past seven years, 29 states have acceded to the Statelessness Conventions, signalling strengthened political will to end statelessness.

“We are encouraged by this global momentum to tackle statelessness, which with concerted efforts by States, we can eradicate. But unless progress accelerates, the millions who remain deprived of a nationality will be stuck in a human rights limbo, unable to access the most basic rights,” said Grandi.

Statelessness has many causes which are typically the result of gaps or flaws in nationality laws, and how they are implemented. Discrimination - including on the basis of ethnicity, religion and gender - is a major driver of statelessness.

Because they are not recognized as citizens, stateless people are often deprived of legal rights or basic services. This leaves them politically and economically marginalized and vulnerable to discrimination, exploitation, and abuse. They may also not be able to access COVID-19 testing, treatment or vaccination, and may have little access to support or protection in the face of climate risks.

Governments hold power to enact legal and policy reforms that can help stateless people on their territory acquire citizenship or prevent statelessness from occurring in the first place, sometimes with the stroke of a pen, or a relatively simple legal change. It remains an easily avoidable and solvable issue.

Worldwide, UNHCR’s statistical reporting counts 4.2 million stateless people in some 94 countries. Given that most countries do not collect any data on statelessness, the actual figure is believed to be substantially higher.

Since the start of the #IBelong Campaign: 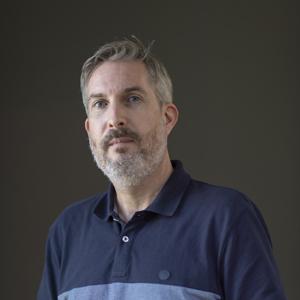