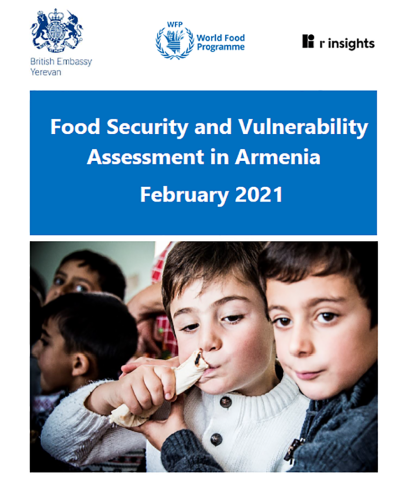 Recently, the UN World Food Programme presented the findings of the second nationwide Food Security Assessment conducted in December 2020. In partnership with the UK Embassy, WFP carried out two nationwide assessments during 2020 to understand how households' food security levels were impacted by COVID-19 and the conflict in the adjoining region of NK, to feed into policy dialogue with Government on how to enhance food security for the Armenian population.

UK’s Charge’ d’Affaires in Armenia Helen Fazey mentioned during the event: “Having quality data is essential to tailor resources efficiently and leave no one behind. I am glad to see that this UK Government funded project is not simply assessing food security of the target population as a single snapshot, but collecting and presenting data in dynamics and working closely with the Ministry of Labour and Social Affairs and the Ministry of Economy on developing data-driven recommendations and practical policy solutions.”

Together with the Ministry of Labor Social Affairs, WFP promotes interventions aimed at addressing the vulnerabilities and food security issues in Armenia. Ms, Lilit Chitchyan, the Adviser to the Minister of Labor and Social Affairs, expressed her gratitude for the long-term valuable support WFP provided to the Government to help overcome the challenges.

“Food security and nutrition have been challenged multiple times over 2020, in different scales, affecting different population groups and regions. To ensure that WFP’s support can reach those most in need and to achieve results that are sustainable in time, it is critical to understand what drives food insecurity, how people cope with shocks, and how food can become available and accessible by everyone every day,” said WFP Representative and Country Director in Armenia Jelena Milesovic.

WFP will continue to invest in understanding how the Armenian population is coping with socio-economic stressors and how their food consumption is impacted over time and during seasons. A third nation-wide food security assessment will be launched in March and completed in May.

If you want to be a partner and support WFP’s efforts in providing food security data to the Government and partners, please contact Tatevik Khudinyan at tatevik.khudinyan@wfp.org.

Published in collaboration with 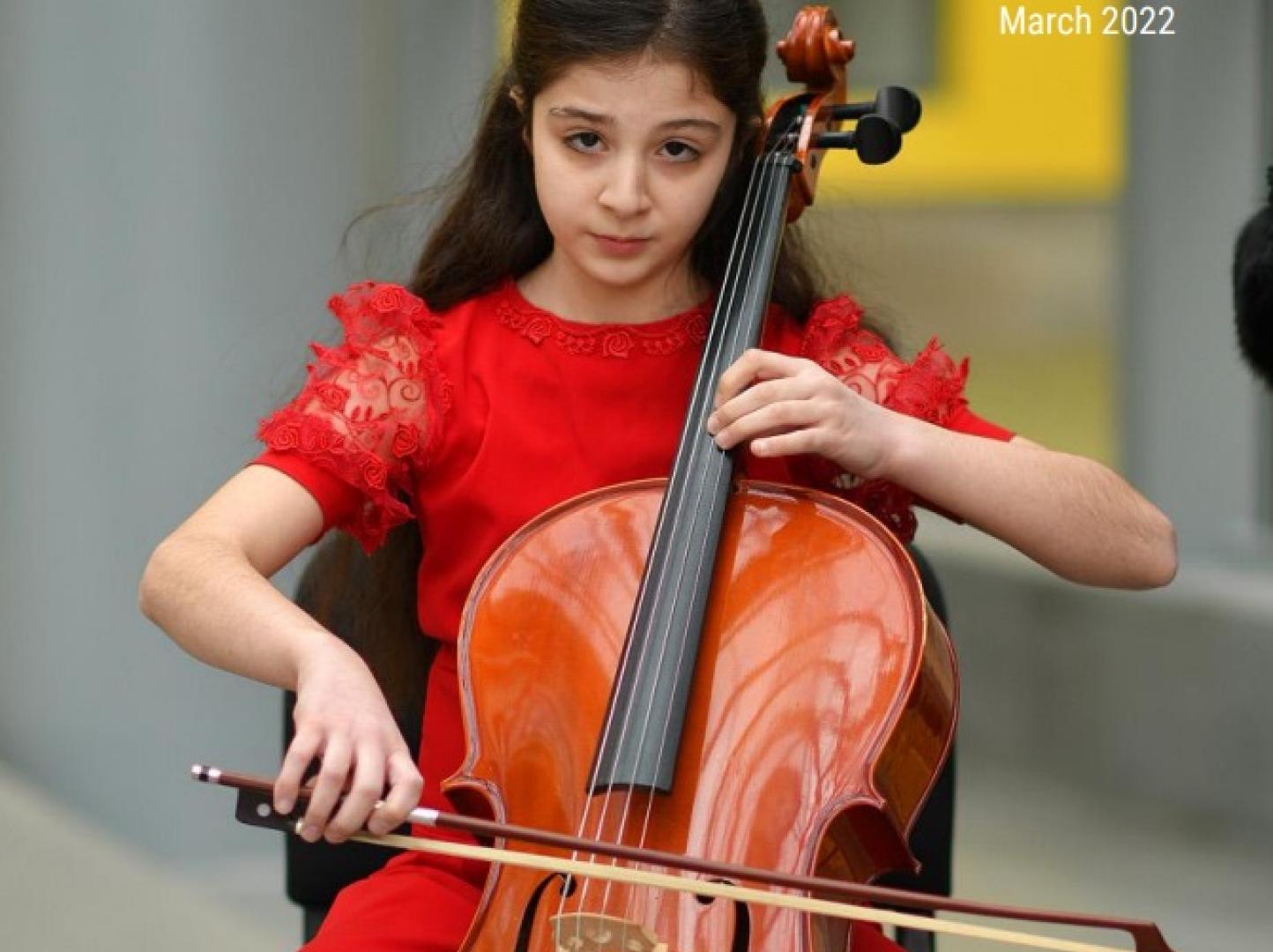 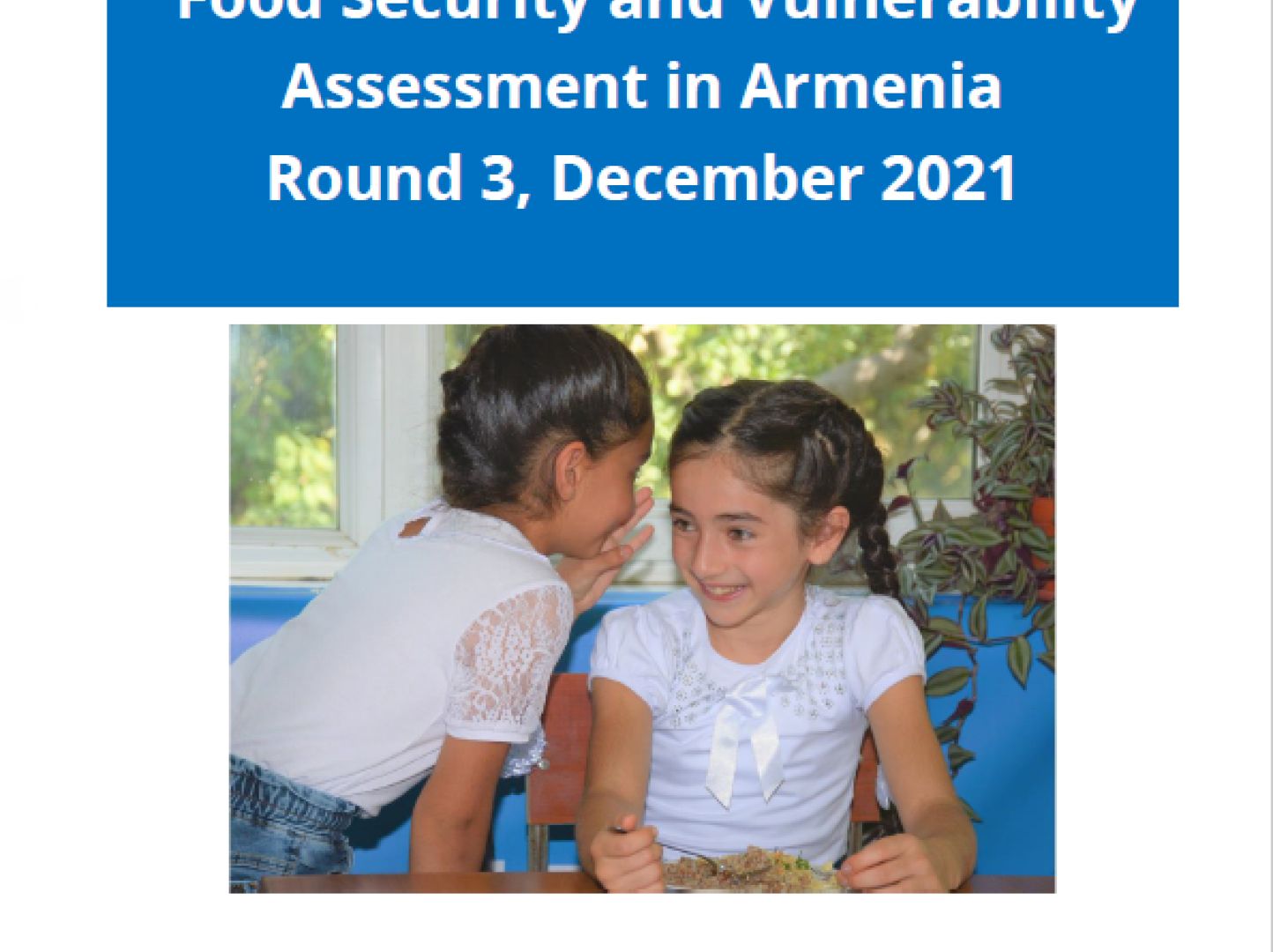 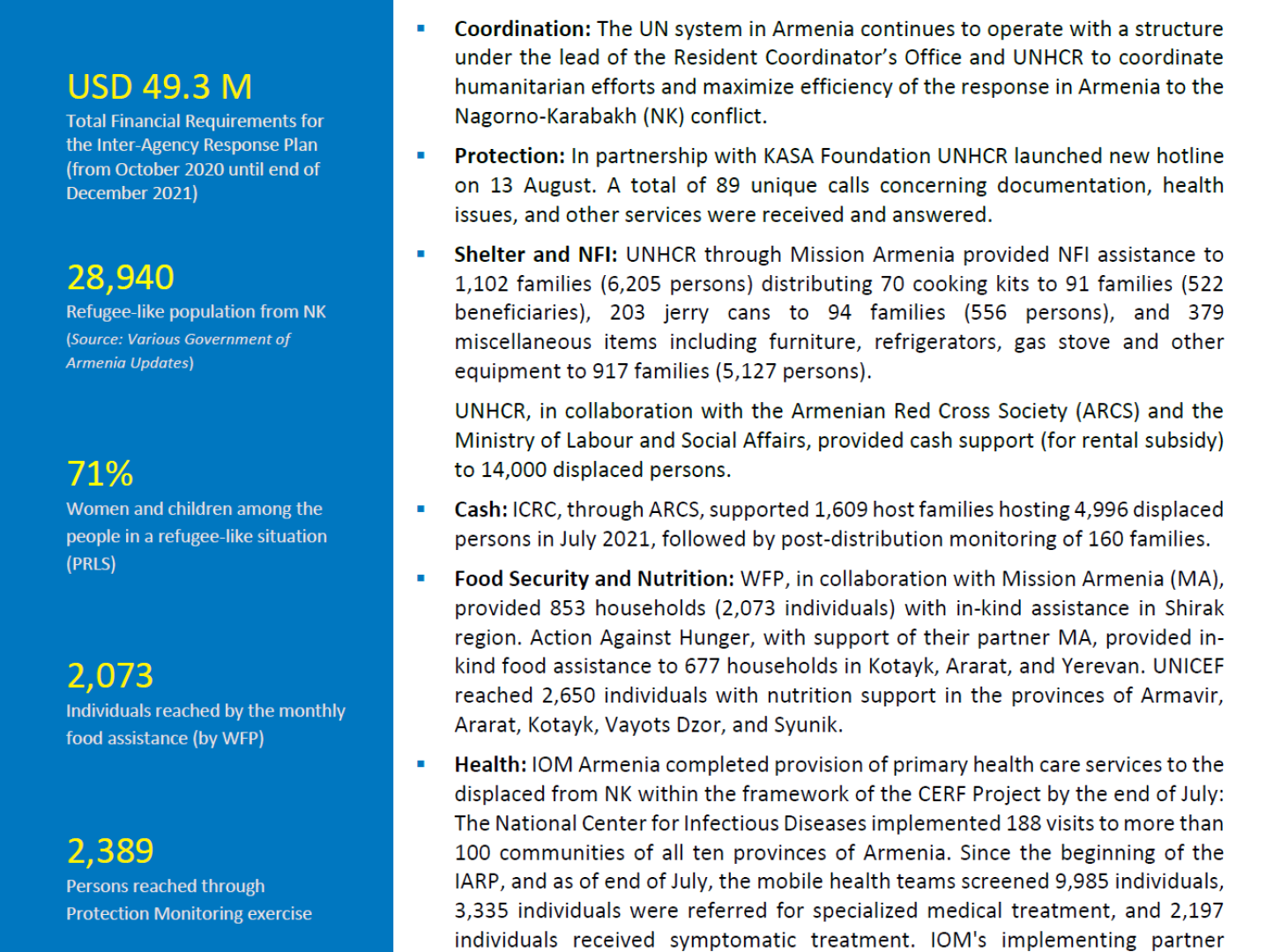