The UN Resident Coordinator noted that the UN Cooperation Framework is closely aligned with the priorities presented in the new Government Programme.

The latest gathering of the Development Partners Coordination Forum (DPCF) supporting Armenia’s development was co-chaired yesterday in Government House by the Deputy Prime Minister, Mher Grigoryan, and the UN Resident Coordinator in Armenia, Shombi Sharp. The UN Regional Director for Europe and Central Asia, Gwi Yeop Son, who is in Armenia on a two-day working visit, also participated in the meeting.

Ms. Son highlighted the importance of having national sustainable development strategies in place, and re-affirmed the UN’s strong commitment to supporting Armenia in implementing its new Government Programme as well as subsequent sectoral Strategies and Action Plans.

Both the Deputy Prime Minister and UN Resident Coordinator stressed the value of the DPCF as a platform for generating ideas for cooperation. Mr. Grigoryan noted that content shared during previous DPCF discussions has already been reflected in the Government’s new programme. In his turn, Mr. Sharp underscored the advantages that the platform provides for periodically bringing government and international development partners together in a group format, helping reduce overlap and ensuring that key partners share a common understanding of national priorities and international support.

The Minister of Finance, Tigran Khachatryan, then updated the DPCF on the latest macroeconomic situation in the country and the Government’s fiscal policy. The Minister stressed the importance of decreasing public debt as a percentage of GDP by 2025 and highlighted initiatives towards fiscal consolidations.

The Ambassadors and International Organization representatives both reflected on the points made by the Deputy Prime Minister and Minister of Finance, as well as briefly presented their priorities and key initiatives in support of national priorities. Among many issues, emphasis was placed on the need for a green and inclusive recovery from the dual crises of the covid pandemic and Nagorno-Karabakh conflict. The UN Resident Coordinator noted that the UN Sustainable Development Cooperation Framework 2021-2025 signed in the summer remained closely aligned with both the priorities presented in the new Government Programme and those raised by the development partners.

Mr. Sharp also underlined the importance of several upcoming initiatives, including the launch of the national SDG Council to help track and ensure Armenia’s achievement of Agenda 2030 commitments.

Participants also agreed on the importance of looking at engaging with government sub-national coordination structures, for example in Syunik, and reviving the past practice of organizing smaller working groups for targeted engagement with specific government sectoral Strategies and Action Plans.

In closing, Mr. Sharp expressed sincere regret that his mission in Armenia is soon coming to an end. He noted that this would be his last opportunity to co-chair the DPCF, which he saw as having played an important role for the international community during his nearly four years in Yerevan and thanked the Deputy Prime Minister for his leadership and personal commitment to making the partnership so successful. 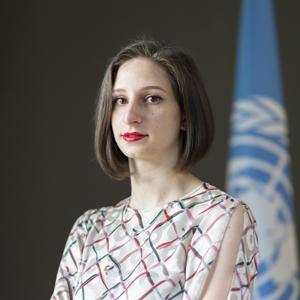